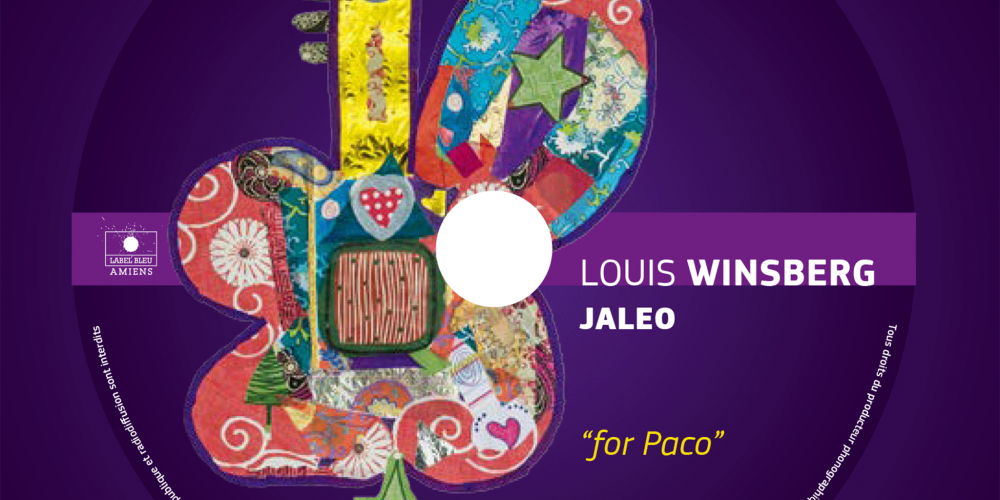 Jaleo has always been an area of freedom. Designed in the early 2000s, this ambitious project was to enable Louis Winsberg, leader of Sixun the flagship band of French experimental jazz, to establish connections between jazz, flamenco and modal music. Specifically, it was to make something he called “a graft”. It was in response to a pressing need: to find the sounds as a child, and long before he discovered jazz, that he heard during his travels in Aragon and Andalusia or in the South of France . At a time when his parents were related to the gypsy family of Reyes (which is now the famous band The Gypsy Kings). Eventually returning to flamenco, which he addressed in his way, instinctive, outside the traditional trails, Winsberg decided to surround himself with new musicians and succeed, thanks to their support, the famous “graft” between multiple influences ranging from Jazz in India through Andalusia and North Africa. Music ripened in the sun, lulled by the sea. A music which, inevitably, were the echoes, near and far, the guitar of Paco de Lucía.

” I always listened to Paco, because I frequented the Gypsies and for all Gypsies, he is a god, ” says the guitarist. This admiration, dating back to the early youth, has never wavered. In his view, Paco is simply unique. “One day, I thought about the introduction of Solo Quiero Caminar,” he recalls, “and I was like pierced.” If there hadn’t been Paco, I would never created Jaleo. I really love jazz guitarists such as George Benson, Pat Martino or West Montgomery. But Paco has no equivalent, you don’t see so many musicians like him. ”

No doubt, it was written that Winsberg, attentive to his human and musical emotions, would testify one day about the influence of the genius of Andalusian guitar. The writing of For Paco was also well underway when his death occurred. On this demise all the more traumatic that it was unexpected, Louis refuses to spill, trying to stick to music. “His death shocked me. But I don’t want to lapse into sentimentalism, just remember me that Paco made an extraordinary gift to flamenco, which today radiates worldwide.” This lack of pathos is perhaps the most vibrant tribute that we could pay to an artist of great nobility marked of modesty. Louis’ recognition and respect go further up the boldness which Paco has demonstrated through his career. Thus, For Paco contains no falseta from the great master, it isn’t made up from his music, it’s not even a flamenco album, in the narrow sense of the term, if one exists. The rhythmic and harmonic traditional forms are exploited only to give birth to a music as sincere as singular. This approach of great subtlety is everywhere, especially in the title “For Paco”, memory of a great composition of Paco de Lucía (Zyryab), avoids to replay it to remain fully itself.

But “For Paco” is the third album of Jaleo, which implies a confluence of sounds exceeding Andalusia. Winsberg plays guitar, oud, mandolin, saz and bouzouki, as many instruments corresponding to various regions (Maghreb, Turkey, Italy …), the guitarist always approaches with the same appetite of wonderful ” I play the oud with the thumb and not with a plectrum, he remarks. I play as a child, without having learned the technique which is specific to it. I love African music, but I haven’t studied it. I am always happy to listen to music without understanding nothing. Initially, I did not know the specific flamenco styles. I studied that music listening and trying to understand the rhythms and feeling. Jaleo is the fruit of that love devoid of any calculation. ” This adventure has always been thought as a collective experience. If he’s the last original member of the group, Louis knows it’s a matter of sharing and manifolds, musical horizons always pushed out. While some longtime accomplices came to support the new album, as the percussionists Miguel Sanchez and Nantha Kumar. New links have been forged, especially with the cantaor El Piculabé and Jorge Pardo, a member of the legendary Paco de Lucía sextuor in the 80s and 90s, who agreed to play the flute on two tracks. The prevailing harmony remains the one which prevails between guitar, song and percussion. “By dint of playing with percussionist Prabhu Edouard and his brother Stephane, says Louis, I felt it was natural to link the flamenco with India. Between the fingers of the tabla player, the guitarist and the feet of the dancer, there is a natural relationship. In Jaleo, there is dancing, singing, but I always do choruses. For me, it’s a jazz band. Today it is no more only American but Italian, Scandinavian, French … I need to hear other sounds, go to the Mediterranean side. “The Mediterranean, again and again. It’s in listening it that all began for Louis. He’s back to his mediterranean with this disc, one of his most successful, bursting beats, vibrations, bursts of joy and melodic flashes which resonate mediterranean shores.